The full legal title of this part of the Act is Capital Raising Online While Deterring Fraud and Unethical Non-Disclosure Act of 2012 or the CROWDFUND Act.  Wonder how long it took to think up that anacronym? 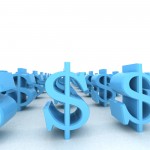 Crowdfunding is basically getting a large group of people to finance a project by using a website or other online tool to solicit funds. Crowdfunding started as a way for independent musicians to fund their record projects.  The United States based company ArtistShare (2000/2001) is documented as being the first crowdfunding website for music followed later by sites such as Sellaband (2006), IndieGoGo (2008), Pledge Music (2009), Kickstarter(2009), RocketHub (2009), GoFundMe (2010), Rock The Post (2011) and in the UK Sponsume (2010) and PleaseFund.Us (2011) and Peerbackers (2008).

Because of the way federal securities laws were written, however, you could not fund your business by selling stock.  You could only offer people some kind of gifts for contributing to your cause.

Congress changed all this with the JOBS Act.  Under the Act, you can now raise money from investors by selling your stock in a Crowdfunding transaction if:

Please schedule a Risk Free Consultation by clicking the button on the site if you’d like more information on Crowdfunding and Raising Money under the JOBS Act or any other aspect of Going Public.