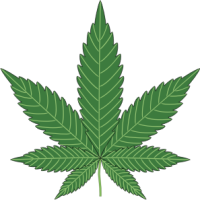 Our firm is proud to announce that we have just cleared SEC review and comments on a registered offering on Form S-1 for Indoor Harvest, Corp., a design build contractor, developer, marketer and direct-seller of commercial grade aeroponic and hydroponic fixtures and supporting systems for use in urban Controlled Environment and Building Integrated Agriculture.

Indoor Harvest was issued the Ticker Symbol “INQD” by FINRA, has obtained DTC Eligibility, commenced active trading on the OTC Pinks and will be traded on the OTCQB in the near future.

This filing is significant for both our firm and our client in that, according to Chad Sykes, Founder and CEO, Indoor Harvest, Corp. is the one of the first companies having a possible ancillary business model for cannabis to go public and obtain a Ticker Symbol using a Go Public Direct model S-1 filing with the SEC.  Almost every marijuana related company has gone public through a public shell reverse merger, sometimes with disasterous results [See CANN, below]. Through this filing, we have just disproved a common public shell reverse merger myth that marijuana related companies will never clear SEC GoPublicDirect filings.

The Indoor Harvest filing proves that THIS MYTH IS SIMPLY NOT TRUE, even when some try make this myth more attractive, sweetening the pot [so to speak] by telling these companies that all reverse merger legal services are included in the shell price, a practice frowned upon by many securities attorneys.

Mr. Sykes explained why he took his company public with a Go Public Direct filing with the SEC. “Having been involved with public companies for years, I know very well all the problems of reverse mergers with public shells.  I mean, look at CANN as an example in our industry.  I would never go that route and would strongly advise any company, particularly companies having a direct or possible ancillary business model for cannabis, to reconsider and go public through a direct filing like we did.”

He continued, “I feel much safer going forward having had Michael Williams of the Williams Securities Law Firm act as our SEC counsel to shepherd us through the direct filing process.  As a result of Mr. Williams’ work, we have the advantage of an in-depth SEC review of our filing before going public. This is a tremendous benefit to us as all future SEC filings we are required to make will be based upon a filing that the SEC has fully reviewed.  We don’t have to guess what the SEC might think about our disclosure after we are public, and the potential problems that could bring.  We know, as they told us in the review process. Plus we avoided unnecessary high cost as well as all of the potential attendant problems with a public shell that we might have discovered after a reverse merger closed.

We look forward to continuing to work with Mr. Williams on all SEC reporting and compliance matters in the future.”

THE STORY OF CLEARING THE INDOOR HARVEST FILING

The story of how our firm was able to clear what Mr. Sykes says is the first SEC registration statement for a company whose business is in part potentially closely related to the marijuana industry is quite interesting. I’d like to share the story with you in this blog post.

The most significant and most unique part of this story is how we cleared the filing with the SEC. Start by looking at Indoor Harvest’s SEC filings.

Indoor Harvest’s filing cleared with the SEC but unique SEC procedures applied to the process, particularly the “Order of Effectiveness” of the Form S-1 registration statement. For the first time in my almost 40 year career I cleared an S-1 filing by pulling the delaying amendment and filing a 424b2 prospectus 21 days later, making the filing effective by operation of law under Section 8(a) of the Securities Act of 1933.

Allow me to translate. Many people don’t know that under Section 8(a) of the Securities Act of 1933 under which registration statements are filed, S-1 filings actually go effective by operation of law, without any action by the SEC staff declaring the filing effective, 20 days after an S-1 is filed.

You may not have noticed, but every SEC filing contains on the registration statement cover page what is called a delaying amendment. Look at any S-1 filing and you see the following:

We hereby amend this registration statement on such date or dates as may be necessary to delay our effective date until we will file a further amendment which specifically states that this Registration Statement shall thereafter become effective in accordance with Section 8(a) of the Securities Act of 1933 or until this Registration Statement shall become effective on such date as the Commission, acting pursuant to Section 8(a) may determine.

Translated, this means that the company registering securities will not start selling under the prospectus that is part of the registration statement until the staff has no further comments on the filing.

The usual practice when the staff tells a company registering securities that it has no further comments is for the issuer company to send in a “Request for Acceleration Letter” to the SEC, and several days later the SEC staff issues an Order of Effectiveness, posted on the EDGAR system under the heading “EFFECT.”

Did you ever wonder why this letter to the SEC staff is called a Request for Acceleration? It’s because the 20 day period of Section 8(a) has not elapsed, or has been delayed by the delaying amendment, and so the company registering securities is asking the SEC staff to accelerate the 20 day operation of law period under Section 8(a). Now you know why it’s called an acceleration letter.

Here’s something else you may not have known. For the SEC to grant a Request for Acceleration, the staff must make a finding that it is in the public interest that a filing go effective before the Section 8(a) operation of law period occurs. Thus the dilemma for the SEC:

• Marijuana, though legal in several states, is illegal federally.
• The SEC is a federal agency.
• How does a federal agency find that it is in the public interest to declare a registration   statement effective for a company that is potentially violating or, in the case of a company like Indoor Harvest, allegedly potentially aiding and abetting a violation of federal law?

The answer for now is they don’t.

So does this mean that Indoor Harvest’s S-1 filing is not effective and selling shareholders reselling stock under the S-1 will be violating the law if they sell? It does not.

Look very closely at these two SEC filings we made for Indoor Harvest:

• Do you see a delaying amendment in the October 17th S-1/A filing?
• Do you see a final prospectus filed 21 days later?
• Based upon the foregoing do you now know what happened?

What happened is the SEC would not take a position on whether or not granting a Request for Acceleration of Indoor Harvest’s S-1 filing was in the public interest. However, the staff allowed Indoor Harvest to file an amended registration statement on Form S-1 without the delaying amendment found in every other registration statement I have ever filed in almost 40 years and did not object to Indoor Harvest’s filing going effective by operation of law under Section 8(a) 20 days after our final amendment without the delaying amendment was filed.

“What could possibly go wrong by having your cannabis, or any other company, use a 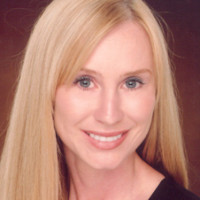 public shell reverse merger to go public, rather than going public with a direct S-1 filing with the SEC, the way Indoor Harvest choose to go public?” asked securities attorney Brenda Hamilton with Hamilton & Associates Law Group, P.A., who will be acting with Mr. Williams as Of Counsel to each other’s firms on S-1 filings in 2015. “Go ask the poor principals of Advanced Cannabis, a cannabis company that unwisely choose to go public through a public shell reverse merger.” Although Advanced Cannabis and its principals had done nothing wrong, the prior owners of the shell allegedly engaged in improper trading activities after the reverse merger closed, resulting in the SEC’s suspending trading in CANN. “Can a public shell reverse merger actually be the death of your company? Just look at CANN’s status on the OTC Markets today: the skull and crossbones – the death of the company,” she concluded.  “That’s why a direct filing is our preferred method of taking our client companies public.”

If anyone, particularly someone trying to sell you a shell – maybe even including legal services – tells you that because you are in a marijuana related business, or any other business for that matter – the SEC will never clear your filing if you go public direct rather than buy their public shell for a reverse merger, quick: Contact us.

Here’s why you need to contact us if you hear someone try to spin you this myth:

• First: You now know that what you are being told is not true, whether you are in a business like cannabis or any other business for that matter.
• Second: By contacting us, you can avoid costly, problematic public shell reverse merger transactions, possibly saving yourself hundreds of thousands of dollars and avoiding a lot of potential heartache.

DON’T LET WHAT HAPPENED TO CANN HAPPEN TO YOU!

Let us help you provide the same level of transparency that we believe the SEC prefers in going public transactions.  Go Public Direct and avoid a Public Shell Reverse Merger, and you too can sleep better at night knowing that there is not a potential skull and crossbones death of your company hanging over your head.

Indoor Harvest is just another example of the nature and quality of going public services we provide.

We’d love to do the same for you!