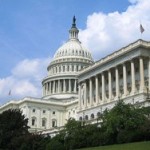 If a foreign private issuer wants to Go Public under the JOBS Act and comes within the definition of an emerging growth company, it can use the confidential submission procedure to the same extent as a domestic company. A foreign private issuer that is not an emerging growth company may qualify to submit a draft registration statement on a non-public basis for staff review, if it meets the requirements for non-public submissions as set forth in the Division of Corporation Finance’s policy on Non-Public Submissions from Foreign Private Issuers.

Please schedule a no obligation consultation by clicking the button on the site if you’d like more information about Going Public & JOBS Act Confidential SEC filings or any other aspect of Going Public.